Add to wishlistAdded to wishlistRemoved from wishlist 1
Digital keys does not require physical shipping. It will be sent directly to your email address instantly after the payment is completed.

Warning! This game can be played on Xbox One and Xbox Series X/S. However this version DOES NOT include the performance enhancements provided in the Xbox Series X/S version.

Minecraft is a sandbox-adventure game developed and published by Mojang. In the game, the player’s task is to create constructions out of various types of materials they have to mine in an open-world environment. Minecraft players can participate in several gameplay modes including Survival, Creative and Adventure mode. The game also features a multiplayer mode, where players can cooperate in building constructions or compete against each other In PvP mode. Minecraft for Xbox One received favorable reviews from the critics and has become a cultural phenomenon with millions of dedicated fans.

Build the world of your dreams

The player starts a game of Minecraft in a procedurally generated open environment, consisting of forests, plains, hills and other areas. Their job is to use whatever materials they can find to build constructions. The materials in the game appear in the form of blocks, from which the player can construct. Each type of blocks has different properties and can be used for different purposes. The player can visit other planes, Nether and The End, where they can find exclusive resources and items.

While exploring the world of Minecraft, the player might encounter various creatures: from animals, which can be hunted for food and crafting materials, to dangerous monsters, like block-eating creepers.

The player can enjoy the game in several different modes. In Survival, the player must collect items and resources within a limited area, with the rest being haunted by monsters.  Adventure mode allows the players to use the maps created by others while following the rules of these maps. In Creative mode, the player can build with no restrictions on resources and spacing. Spectator mode allows watching other players enjoy the game. Minecraft’s multiplayer mode allows both cooperative and competitive PvP gameplay. 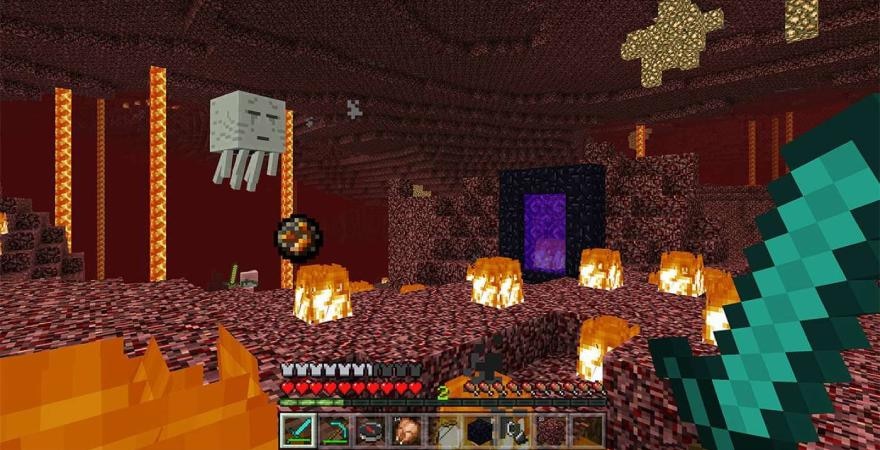 Minecraft received high critical acclaim for its simplicity and creative potential. Both critics and players noted the near-endless possibilities offered by the open-world environment as the main selling point of the title. The game received several awards and has quickly grown into a cultural phenomenon, inspiring creators and audiences around the world.

There are no reviews yet.

$36,75
Add to cart
Steam
Added to wishlistRemoved from wishlist 0
Steam

$27,62
Add to cart
Steam
Added to wishlistRemoved from wishlist 0
XBOX ONE

$13,67
Add to cart
XBOX ONE
Added to wishlistRemoved from wishlist 0
Steam

$34,79
Add to cart
Steam
Added to wishlistRemoved from wishlist 0
About Zaim Games

Zaim Games is an online store that sells digital games, original softwares and gift cards. We provide more than 20.000 products in our catalog with the best prices in the market and some even under retail. For digital products, offer instant delivery, after the payment is confirmed by the system, the product will automatically be sent directly via email and other than that, it will be sent as soon as possible. Zaim Games is also a growing community of gamers proudly based in Jakarta, Indonesia.

Get notified for deals, discounts, giveaways, and more!